Friend and collaborator Anton Brzezinski (b. 1946) is a Polish-American painter. Though he considers himself primarily a Surrealist, as you'll see in our gallery, he has also worked in other styles throughout his career -- especially Cubisms.

During the 1990s, Anton completed several commissions for Forrest Ackerman, Hollyweird's renowned expert on classic horror, science fiction, and fantasy movies. "Uncle Forry's" massive collection of fright flick props, costumes, and memorabilia was housed in his 18-room Los Angeles AckerMansion, which became a popular tourist destination and provided both gallery space and inspiration. Anton's association with Forry allowed him to experiment broadly, for example with different paint and ink formulations. One of Anton's collages of characters played by actor Lon Chaney, Sr. (included in our collection) contains some of Chaney's make-up in the ink, to great effect. Nicknamed the Man of a Thousand Faces, Chaney was also a master make-up artist known to prepare his own formulations in his kitchen, which he then carried to the movie studio in a large aluminum makeup case. This is mentioned only to forewarn you that there are a few Draculas, Vampirellas and even a Frank R. Paul tribute in the Anton Exhibit, in case you frighten or blush easily.

The artist was born in California, has lived and worked in several countries, and is currently a resident of Texas. 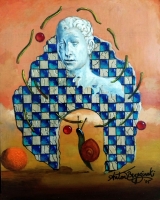 IN SITU WITH HENRI MATISSE 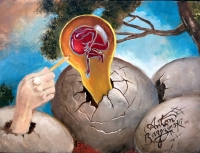 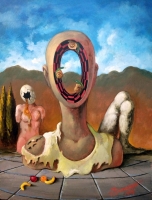 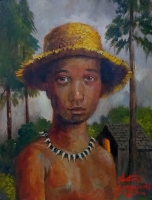 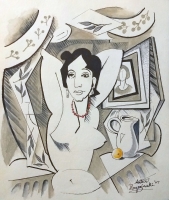 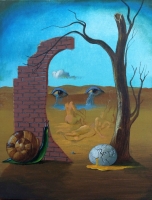 MONA WITH SUGGESTIONS OF FIGURES 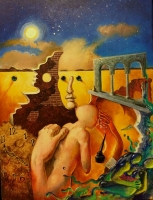 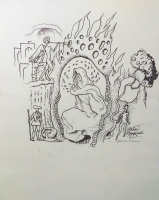 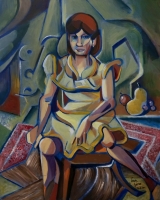 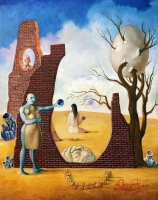 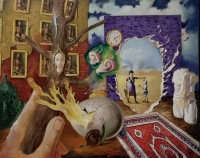 ROOM WITH A VIEW 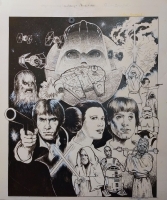 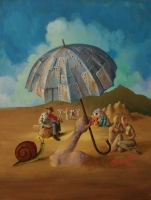