The Early Days CREATIVITY FROM CRISIS

Though it's possible to find a few examples of Polish posters dating to the late 1800s, it wasn't until the late 1930s that there was any serious notice of their radical stylistic twists in poster design (with Polish graphic artists bringing home awards from the 1937 and 1939 International Poster Biennale competitions). The art poster, however, all but disappeared along with much else of normal life with Nazi Germany's invasion and the onset of World War Two in 1939. The next decade was a lost decade of rapid and nearly total destruction across the country, followed by a gradual national recovery and regeneration. 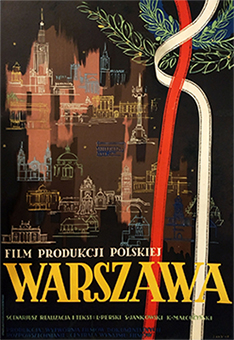 When the art poster resurfaced again with a new style that promoted individual expression on the part of designer, shortly after World War Two, it established the 1950s as the decade  that launched a "Golden Age" of poster in Poland. In unusual and eye-catching ways, the extraordinary times were documented in the art.

This featured Warszawa poster (1952) is emblematic of roots design in the Polish School of Poster. Poland at the time that this documentary was made was very much in the process of rebuilding most of its bombed-out cities and reclaiming a cultural identity that had been fractured by a deliberate and heavily-armed attempt to extinguish it. The art in the poster is a celebration of the (temporarily-lost) dramatic and historic relationships between the art of poster, the art of architecture, the art of cinema and the art of theater.

It is the only poster ever produced by Jan Knothe, an acclaimed architect (and poet) who spent most of his career working on the reconstruction of the war-torn Polish capital city.

Other posters from the era provide a glimpse into the stories of those very early days of Post-War life: revisiting the horrors of the concentration camps in Tadeusz Trepkowski's classic poster for Ostatni etap (The Last Stage, 1948), witnessing the loss of human ideals in times of forced occupation with Henryk Tomaszewski's poster for Piatka z ulicy barskiej  (Five Boys from Barskiej Street, 1954), and even Eryk Lipinski's poster for Skarb (My Treasure, 1949), the first Post-War comedy produced by a Polish studio. 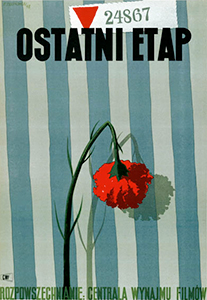 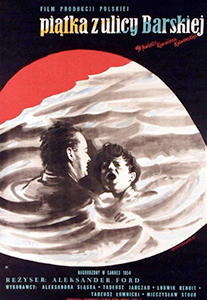 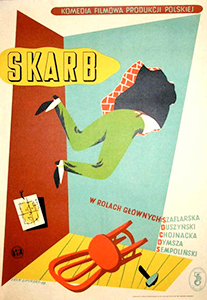